Published on February 18, 2013 by ccbsuperior in News & Events 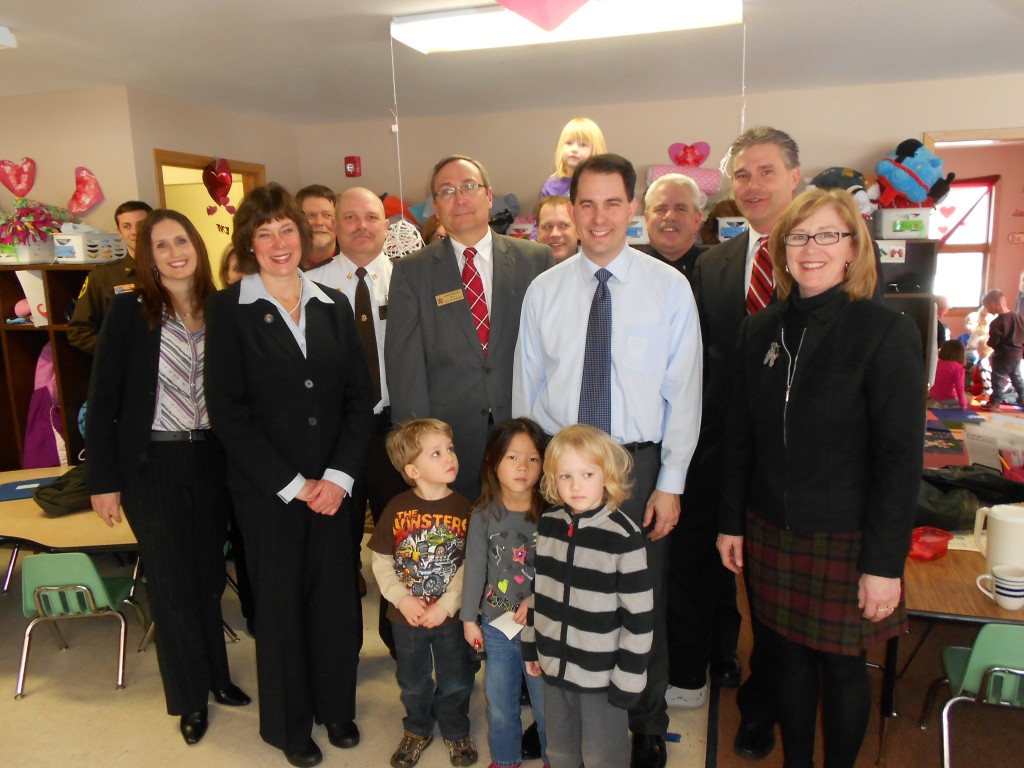 Wisconsin Governor Scott Walker and Wisconsin Attorney General J.B. Van Hollen visited Hudson Community Children’s Center on February 12, during a statewide tour to advocate for new legislation to protect children and adolescents from Internet Crime and Exploitation. Governor Walker,  Attorney General Van Hollen, and Jenniffer Price, Special Agent in Charge of the Internet Crimes Task Force,  spent over an hour at the Center visiting with the children and staff, consulting with HCCC Board members, and meeting parents of the children attending the Center.

The Code of Ethics of Catholic Charities Bureau states: “We will respect and conform to civil law and its governance. We will also seek to peacefully change those civil practices that adversely affect the well being of the people we serve.” The exploitation and abuse of vulnerable children on the internet is an emerging threat to children and families. Catholic Charities Bureau supports the efforts of civil authorities to enhance the apprehension and prosecution of persons engaging in sex trafficking and other exploitive and abusive crimes via the technology available on the internet.

Governor Walker and Attorney General Van Hollen  both spent time interacting with the children, encouraging them to read good books and to listen carefully to their parents about the use of the computer. Judy Brekke, Director of the Hudson Community Children’s Center and Toni Chambers, Chair of the HCC Board,  met with State Senator Sheila Harsdorf at the event. Senator Harsdorf is a long time supporter of early childhood education and programs for children with special needs.

Above Picture:  State Senator Sheila Harsdorf visited with HCCC parents Dana and Rob Amundson and their daughter Emma during the Governor’s visit to Hudson Community Children’s Center, February 12. Senator Harsdorf, who represents the Hudson area in the Wisconsin Legislature has long been a leader in legislative efforts to improve day care services for working families

Catholic Charities Bureau is very appreciative of Senator Harsdorf’s support of our programs throughout her district and welcomed the opportunity to share  with Governor Walker and Attorney General Van Hollen the success of the Hudson Community Children’s Center and the challenges faced by children’s programs during this time of decreasing  financial support from the public sector.

Hudson Chief of Police Marty Jensen, St. Croix County Sheriff’s Captain Jeff Klatt,  and Hudson Mayor Allen Burchill were special guests at the event. The children enjoyed meeting the police officers. Mayor Burchill is a long time supporter of Hudson Community Children’s Center and has been an advocate for children and families during his long tenure as mayor of Hudson.

The Hudson Community Children’s Center is located in a totally new facility completed in 2008 and opened a new infants and toddlers program in 2012. The Center can serve over 60 children. 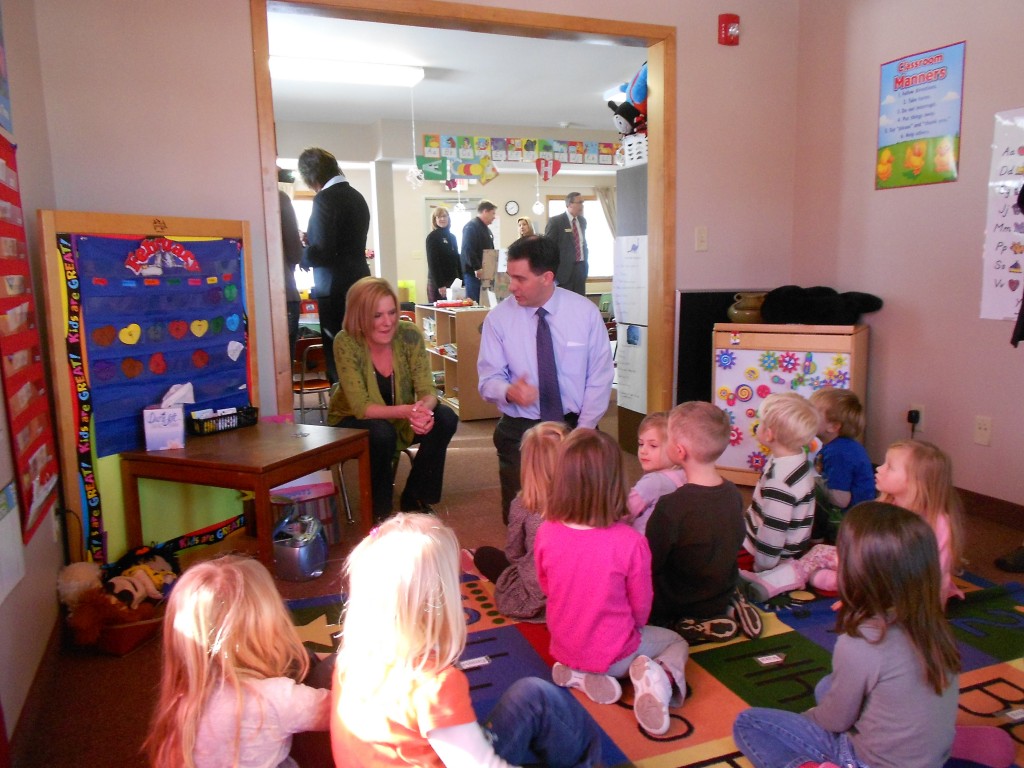 HCCC Teacher Stacy Johnson (left) introduced the children to Governor Scott Walker. Governor Walker visited with the children about books they had read and his favorite book, “Green Eggs and Ham”.