Published on February 18, 2015 by ccbsuperior in News & Events 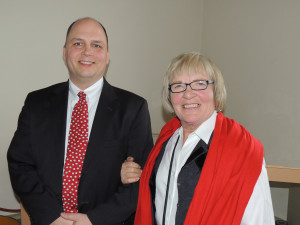 Mr. Benson, an attorney at law from Siren, WI.  has also served two three-year terms on the Diversified Services Center, Inc. (DSCI) Board of Directors.  He was President of the DSCI Board for two of those years.

Ms. Jenson, a lifelong resident of Wisconsin, is a retired senior administrator from Kraft Pizza Corporation. Prior to joining the Catholic Charities Bureau Board of Directors she served two three-year terms on the Black River Industries, Inc. (BRI) Board.